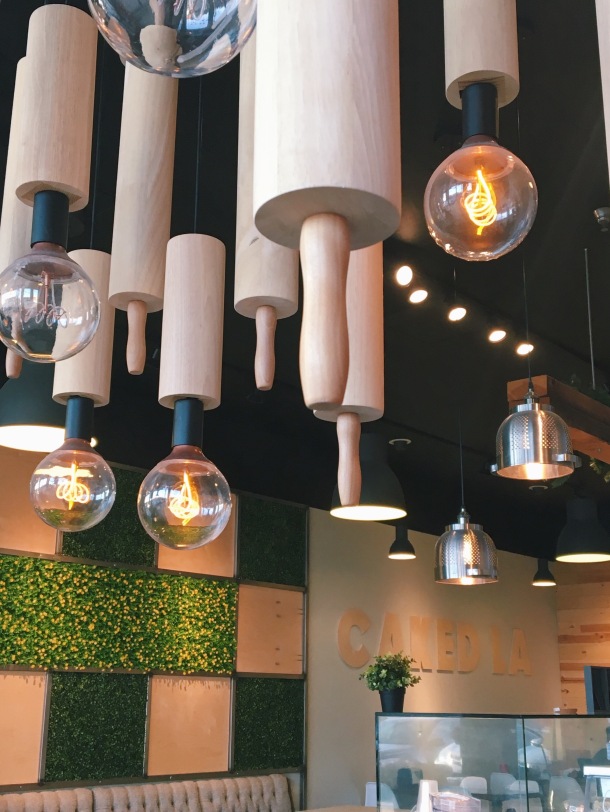 Hello there! I’m currently in London (Woohoo! I’ll be posting more about this later), but I wanted to write about my last hurrah before leaving my campus for a spring quarter in an entirely different country. This took place at none other than Caked LA in Chino Hills, which I chose because it was super close to my campus and I wouldn’t be back in that area for a long while… Anyways, I went with my friend after my last day of winter quarter and we had an absolute blast!

Caked LA is new to the area and was only in their soft opening at the time, so we had the place pretty much to ourselves besides a few other customers coming in and out. I had honestly expected there to be a lot more people, but I guess not too many people know about this cute little place yet. Like most new and trendy food places nowadays, this one had a very “insta-worthy” wall and aesthetics aka the perfect place for a quick OOTD. 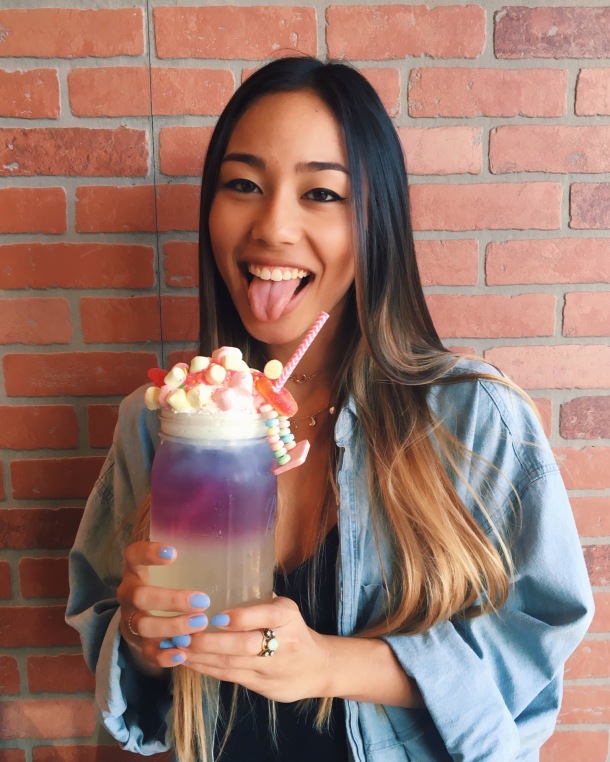 The rainbow crush came out beautifully presented in a large mason jar full of blueberry lemonade and topped with whipped cream, mini rainbow marshmallows, and an array of different candies. It looked like a fairytale in a jar! However, I was a little disappointed when I tried it, as it tasted like normal lemonade and all of the toppings started slowly sinking into the drink. Still, it was definitely great to take pictures with. My friend and I finished up our giant game of Jenga (they had some games out on the table to play) and our sweet desserts before deciding to head out. I still hadn’t finished my giant drink, so I asked if they could put it in a to-go cup, which they did happily.

Surprisingly, the drink looked super cute in the to-go cup, too, as the whipped cream and lemonade mixed together and made an awesome lavender color. Not only that, but it did actually taste better all mixed together which I didn’t expect. All in all, I would say that Caked LA is somewhere I’d go again to try more of their cute and delicious pastries rather than another one of their drinks. I’ll probably go back because it’s close to my campus, but I don’t think I’d say it’s a must-try unless you’re already in the area. You can’t go wrong with a cute drink and cute outfit for a cute Instagram pic!

8 thoughts on “Tiny Marshmallows At CakedLA”