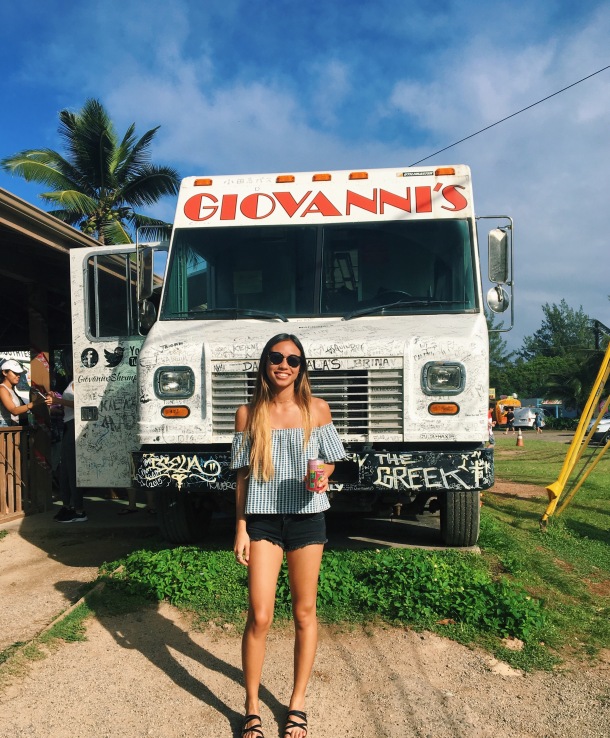 Aloha! Here is the third part of my Hawaii Happenings series! While it is on the shorter side, it’s mainly about the best shrimp ever. I mean, that’s what you came here to read about isn’t it? Well, whether that’s true or not, I’m going to start off with some fun facts about Oahu, Hawaii.

So, if you haven’t figured it out yet, this post is all about my trip to Giovanni’s Shrimp Truck on one gloomy afternoon day in Kahuku! And yes, it really does have the best shrimp you’ve ever tasted.

If you didn’t know this, I am truly a lover of seafood, especially shrimp. As I’ve always loved shrimp, I couldn’t be more excited to go to Giovanni’s, home of the best garlic shrimp on the entire island of Oahu (in my opinion). The drive to the truck was kind of long from my grandma’s house, but let me tell you that it was well worth it. When we did arrive, the line to order was a little long, so my mom went to get some grilled corn and I went to sign the infamous white truck while we waited. Originally, my aunt suggested that we share a plate of shrimp, but after a couple of raised eyebrows from my mom and me, it was decided that we definitely all needed our own. Good thing we decided to do that, too! 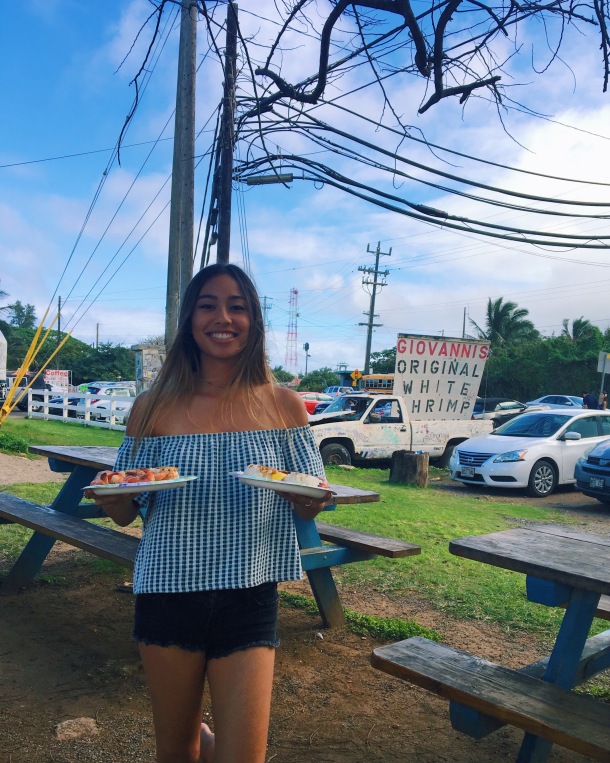 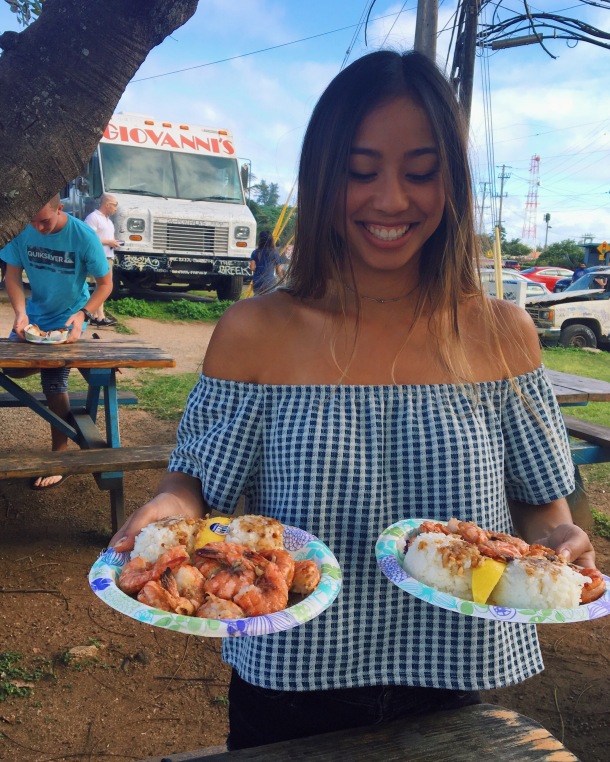 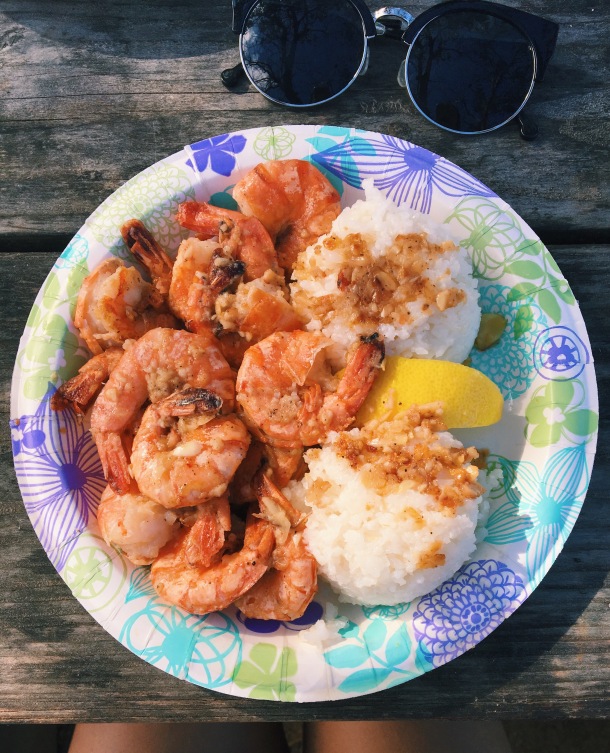 We ended up ordering three plates of the Shrimp Scampi (one plate for each of us), described on their menu as “a dozen shrimp marinated in olive oil, fresh chopped garlic, and lemon butter, served with two scoops of rice all drizzled with garlic lemon butter and caramelized chunks of tasty garlic.” Sounds like an absolute dream, doesn’t it? I honestly couldn’t peel my shrimp fast enough once they came out of the truck hot and ready and smothered in lemony garlic sauce. And while there really are no words to describe how good the shrimp was or how fast I devoured it, I can tell you how much I loved the authenticity of this place. From the signed truck to the paper plates to the relaxed vibes, it really just goes to show how amazing and homey of a place Hawaii can really be.

After we finished up at Giovanni’s, we made a quick stop at Pounders Restaurant to pick up some desserts before heading to my cousin’s house nearby. We’d never been to her house before and she lived literally right on the beach with her husband and daughter. We parked in her outside garage, which was only a foot away from the sand, and then walked up some stairs to a small apartment with only a few rooms. And while it was a tiny place, it had a gorgeous view of the ocean that was barely feet away from her house and made up the entire backyard (if you can call the ocean your backyard). The place also had a large balcony with a cute seating area where we hung out, talked, and listened to the waves. My cousin said that she was so used to constantly hearing the waves outside that she would wonder why everyone else’s house was always so quiet… Overall, it was a pretty wonderful day. What more can one ask for than delicious shrimp and a seat by the crashing Hawaiian waves?