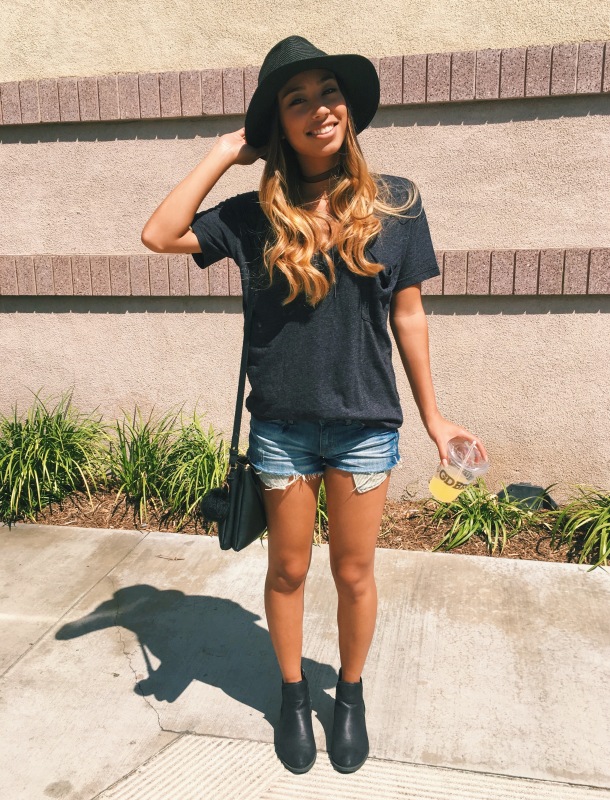 It was time for another adventure where my mom and I force my brother to hangout with us! Well, only because he always enjoys it in the end… even if he denies it. Anyways, I had heard about this place through Instagram called GD Bro Burger. Sort of a weird name, but they basically serve the type of American food that dreams are made of… We started off with some of their cool flavored drinks, their popeye lemonade and their pineapple orange lemonade, which were both pretty yummy. Then, it was time to order the good stuff!

This took my mom and I long time because their were so many unique and tasty-sounding options that made it really hard to choose. Eventually I settled on their “Hang Loose” burger and my mom got the “KBBQ Poutine” burger, both with raspberry red buns. My brother of course got the “All-American” with a regular burger bun… Hopefully, he will become more adventurous with his food choices as he gets older… Also, can’t forget about the pizza fries! Like I said, this place was an American food dream because honestly, everything was absolutely delicious! I don’t remember anything being less than tasty, and even my brother had a very satisfied stomach at the last bite of his burger. Still, we weren’t done yet! It was time for what I had originally came for–the dessert! 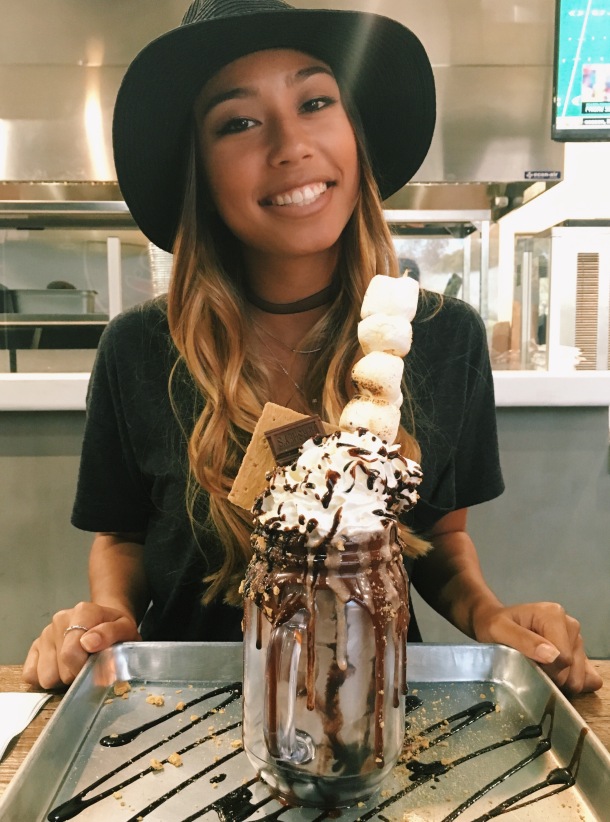 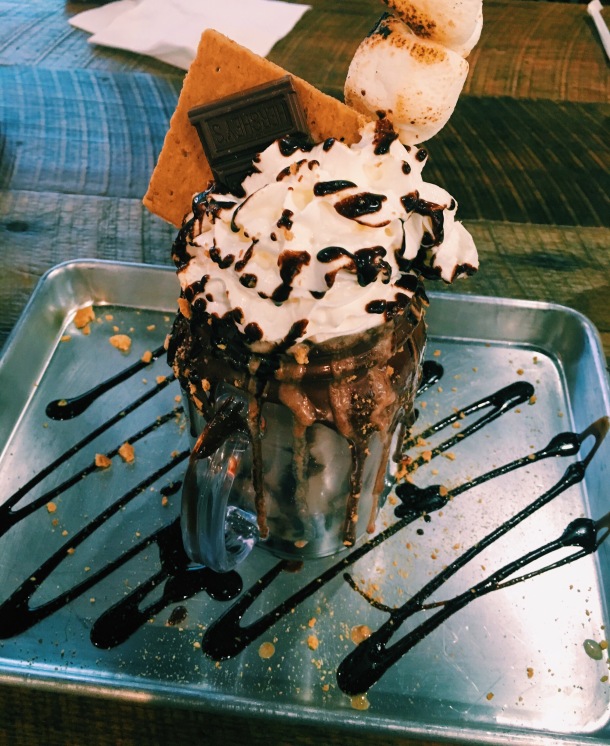 I had heard about their s’mores milkshake and I wanted to try it out for myself. I ordered it and we all started watching one of the workers make it… And we soon discovered it was going to be huge! The milkshake started with a giant glass jar mug filled with chocolate ice cream and it just kept getting sweeter from there! It had crumbled graham crackers, roasted marshmallows, chocolate syrup, and every other s’mores ingredient you could think of. My mom, brother, and I all shared the one shake since it was so big and boy, did we enjoy it! It was an awesome dessert to end an awesome lunch. I’d definitely say this place was worth the drive.

6 thoughts on “A Giant Milkshake At GD Bro Burger”