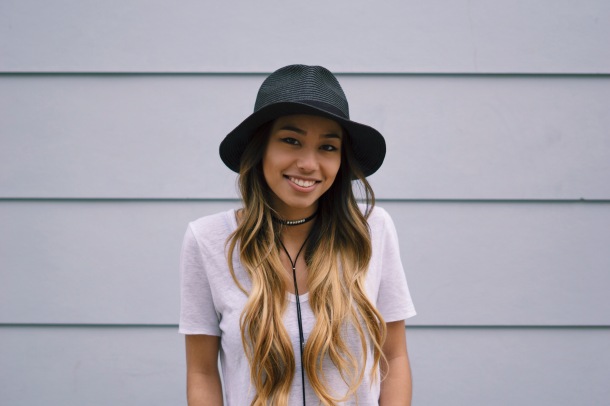 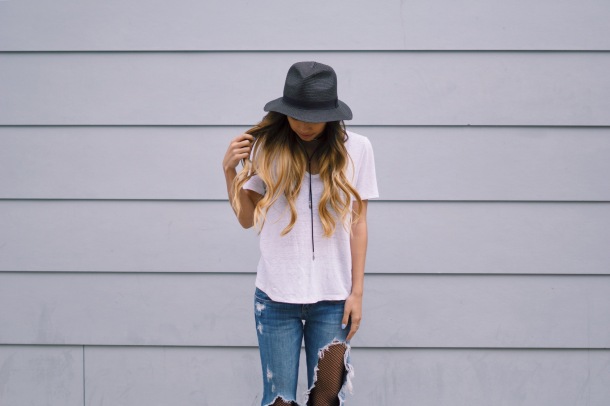 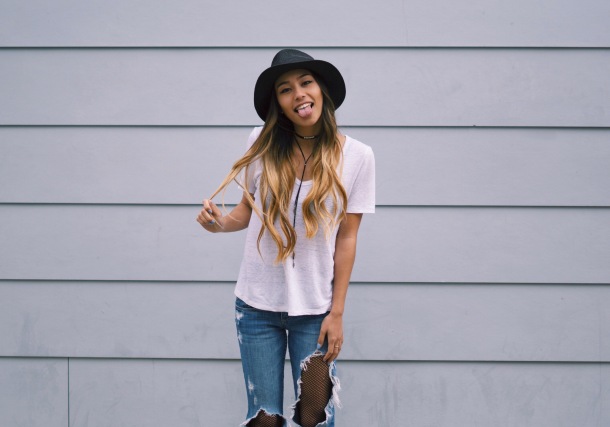 Hello, hello! I hope everyone has been doing just fine and dandy. Unfortunately, it’s finals week for me, but I wanted to get at least one more blog post out before burying my head in textbooks and starting spring break next week! With that being said, this post is about a gloomy February day in downtown Claremont. Claremont is a quaint little town with lots of cute and trendy food places and shops. It’s a great place to take some pictures and that’s just what my friend, Jan, and I did! 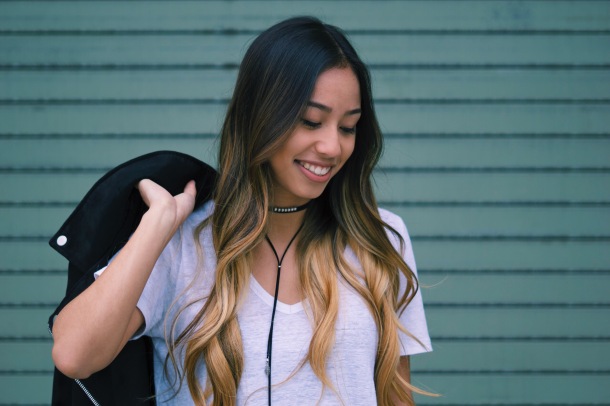 Jan is very into photography and all that other creative stuff (he’s a graphic design major), and he had asked me to be his model for a project he was working on. And no, in no way do I consider myself a model, but I don’t mind being in front of the camera and I figured it would be a fun little adventure. When Sunday came around, Jan picked me up and explained that he had a few places in Claremont in mind for the photos. I was happy to help him capture whatever he was picturing in his head to the best of my ability. We started the photo shoot off by a bunch of little shops and restaurants, which also had lots of cute walls for me to pose in front of. 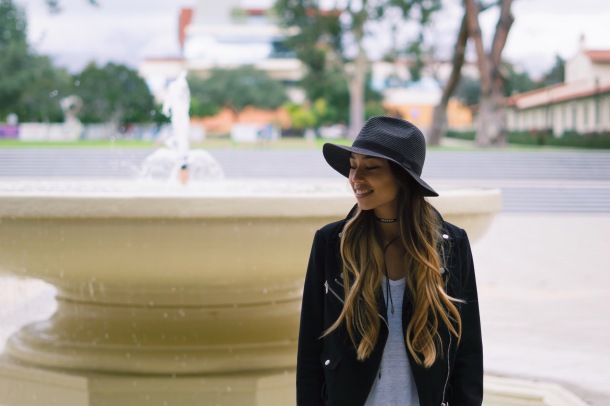 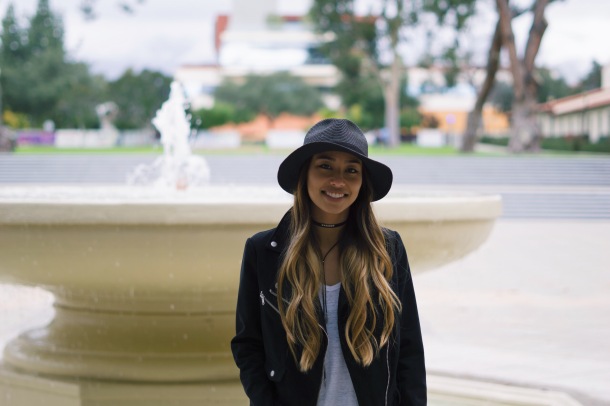 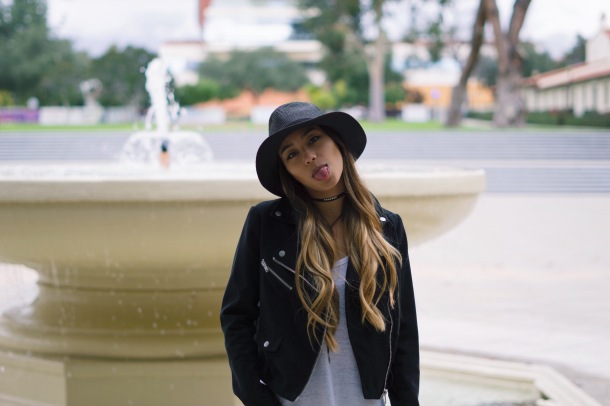 Now, you might not know this, but occasionally I can be an awkward turtle in front of the camera… This just means sometimes I need a little direction, which Jan slowly started to give me as I came out of my shell and he started to put what he pictured in his head into words. After taking a wide variety of pictures in front of various walls in the Claremont Village, I suggested going to Scripps College, which is also in Claremont. However, when we got there we soon realized that it was not just Scripps College, but also Pomona College, Claremont Graduate University, and one or two other colleges, too. That just meant more for us to explore, right? We made our way around the Pomona College campus because it seemed the most promising, and found lots of greenery, old buildings, and a huge fountain in the middle of it all. 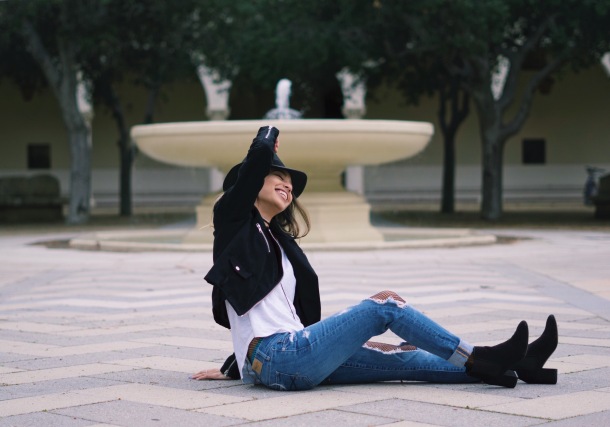 I have to say that posing in front of the fountain proved a little tricky at first, but eventually we figured it out… It was honestly really fun posing in front of so many different backgrounds and in a bunch of different places. It was especially nice at Pomona College because there wasn’t very many people on the campus on a Sunday, which meant less bystanders giving us weird stares (unlike when we were shooting in downtown Claremont). I mean, is it really that weird for someone to be taking a picture of me sitting on the ground in front of a fountain? You would think that with social media dominating all of our lives nowadays that everyone would be used to a girl frolicking around a cute area with a photographer following close behind her and snapping away. 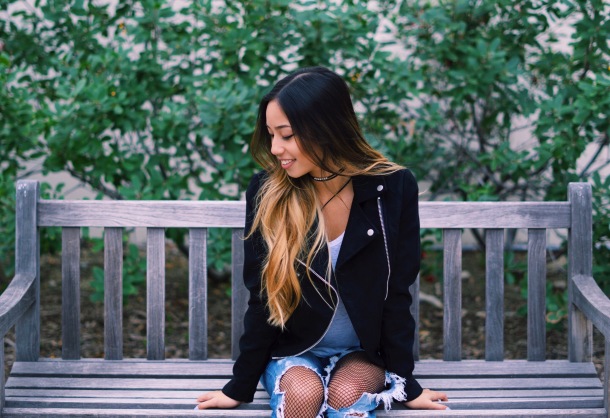 After wandering around a bit more, we found a bench with a nice background behind it. In case you were wondering, it’s a lot more difficult to pose on a bench than it is when you’re standing up. I think I kind of figured it out, though. Either way, it was a good background to end our photo shoot with and since it was getting gloomier and colder, we decided to head back home. Jan seemed satisfied with the shots he’d taken and I was excited to have new content to post. It was a win-win, right?